Relaxing on the Asian Istanbul

Most of you who have travelled will know, but to the others, Istanbul is composed of 2 regions, the European side and the Asian side. They are disjoined by “The Bosphorus” a section of water separating the extremely large city. Although most of the touristy and historical features to see are on the European side (mostly near Sultanhamet and some at Taksim), if you have spare time it is well worth the short trip across the water.

The ferry from Eminonu (pier near Galata Bridge) makes the Asian side easily accessible to most tourist for only 2YTL. There may not be as many things to see in wonder and amazement doesn’t make it a pointless feature of Istanbul. Today Kelly and I managed to spend the day in the somewhat more peaceful surrounds in the Asain area.

We first sat on the waterfront of the Bosphorus trying our best to immitate the bird like people from turkey that split, dissect and remove the nutty center from the inside of sunflower seeds. We tried for about an hour while watching the water crash and ferries swirl and play about in the water only to realise we failed miserably. Remembering watching the locals split about 10 of these things open a second, while talking and drinking beer. 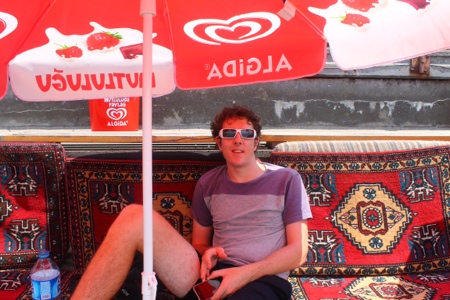 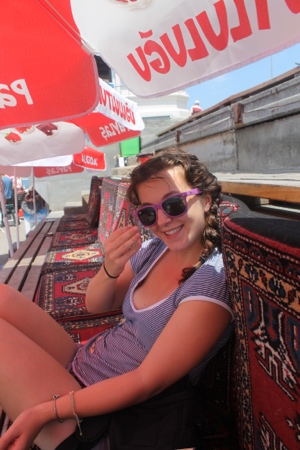 From their we passed back by the pier to get one of our hundred local kebaps from the near by bufe (A bufe is basically a street stall that sells snacks and simple foods). 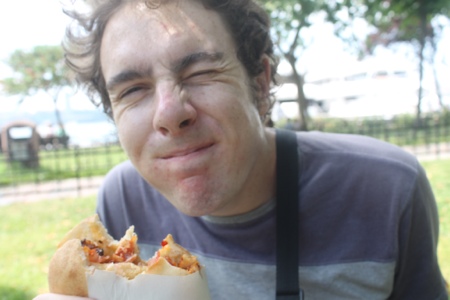 From hear, heading North up the coast line, we reached a park where for the next 2 hours we sat in the shade and watched as young and old jumped from the parks edge into the water below laughing and smiling with their friends and families.As we sat listening to some music and having a cold drink we enjoyed watching the happy faces and smiles the water gave the locals. 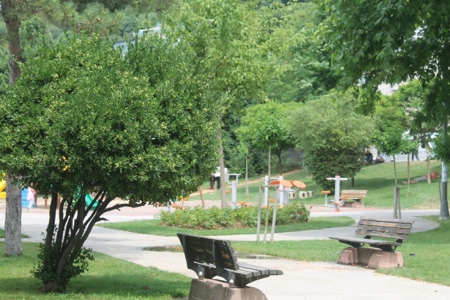 There is also a nice walk to a great vantage point on the Uskudar region of the Asian side which from all reports is very interesting and has a great view of  both sides of Istanbul. Also there is a chance to go on a rope tied hot air balloon that takes you about 200m above the water level for another view of Istanbul. Not to mention the multiple mosques that scatter the streets similarly to the entire Instanbul.

← Cruising Along the Bosphorus…More like putting along in a little chug boat!
A Postcard from Istanbul, Turkey →