On our last night with Martin we met him at a local sports centre to watch him play soccer with the friends he is doing his internship with. After this, Martin finally gave in to letting us cook him dinner and I think he probably was reluctant because he could foresee the future and knew we would cook boring pasta which we did and it was boring but oh well!

After this, Martin pulled out some traditional French cheeses which made my heart melt because I love cheese maybe more than I love Daniel. Not really, but it’s pretty damn good. 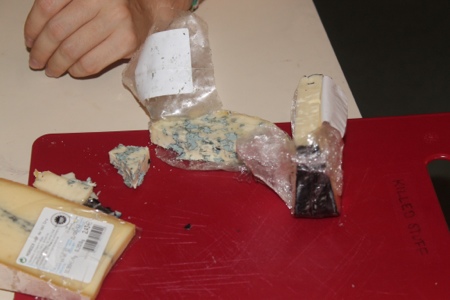 1. Morbier. This was the first cheese we tried and it was very nice although not very strong and didn’t have much of a flavor. The type of cheese you could eat all day and you wouldn’t really get sick of it.

2. Tomme Noire – I don’t know how to explain this one but it was delicious and my favourite of all the cheeses and if they sell it back home in Australia they better stock up because I am going to buy it all the time. It was just the perfect cheese. Not to strong but such a delightful flavour! It’s so bad and uncultured of me to say it but it tasted like a really expensive and extra delicious Bega Stringer cheese stick that I’m guessing most Australian kids and teenagers would have had. I used to love Bega Stringers and tasting this was so similar but so much more delicious. Heaven! 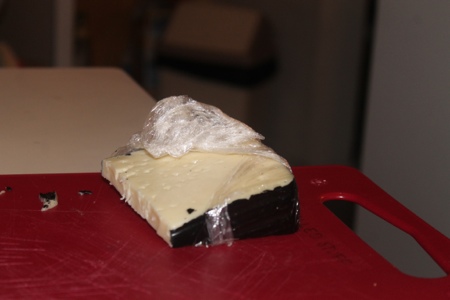 3. Fourme – Now when I picture French cheeses this is what I pictured. Mouldy looking, strong smelling cheese. We asked Martin several times if it was okay to eat as we worried that the mould in, around and pretty much throughout the whole cheese was not safe. My mum always taught me that if something was mouldy, it was probably best to throw out. Mum was wrong I guess but I still think I’d trust her 9 times out of 10. Once getting over the idea that this can not be good for you and actually tasting it, it was actually really nice! It did taste very strong and I don’t think I could ever eat much of it but it was very interesting to taste and awesome to see that sometimes mould can taste good!

4. Buche de Chèvre (Saint Maure) – This cheese was my second favourite. I’d never had goats cheese before but now that I’ve tried it, I know it’s delicious. This probably isn’t great because I don’t really need to know more cheeses I can eat but wow was it tasty! It was a bit sour, almost like fetta but it was such a crazy cool texture. The cheese came in a roll looking thing and around the outside of the cheese it was crumbly like fetta and then on the inside it was smooth and creamy almost like the texture of Brie or something similar. It was really delicious! 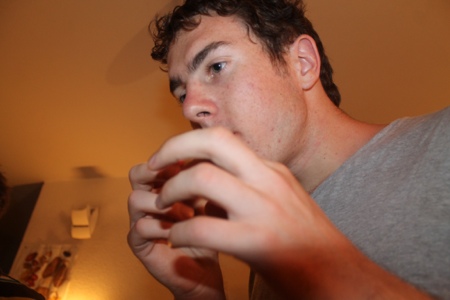 ← When in Paris…do as the Parisians do!
Chilling in a local park – how to be lazy in Paris in style! →